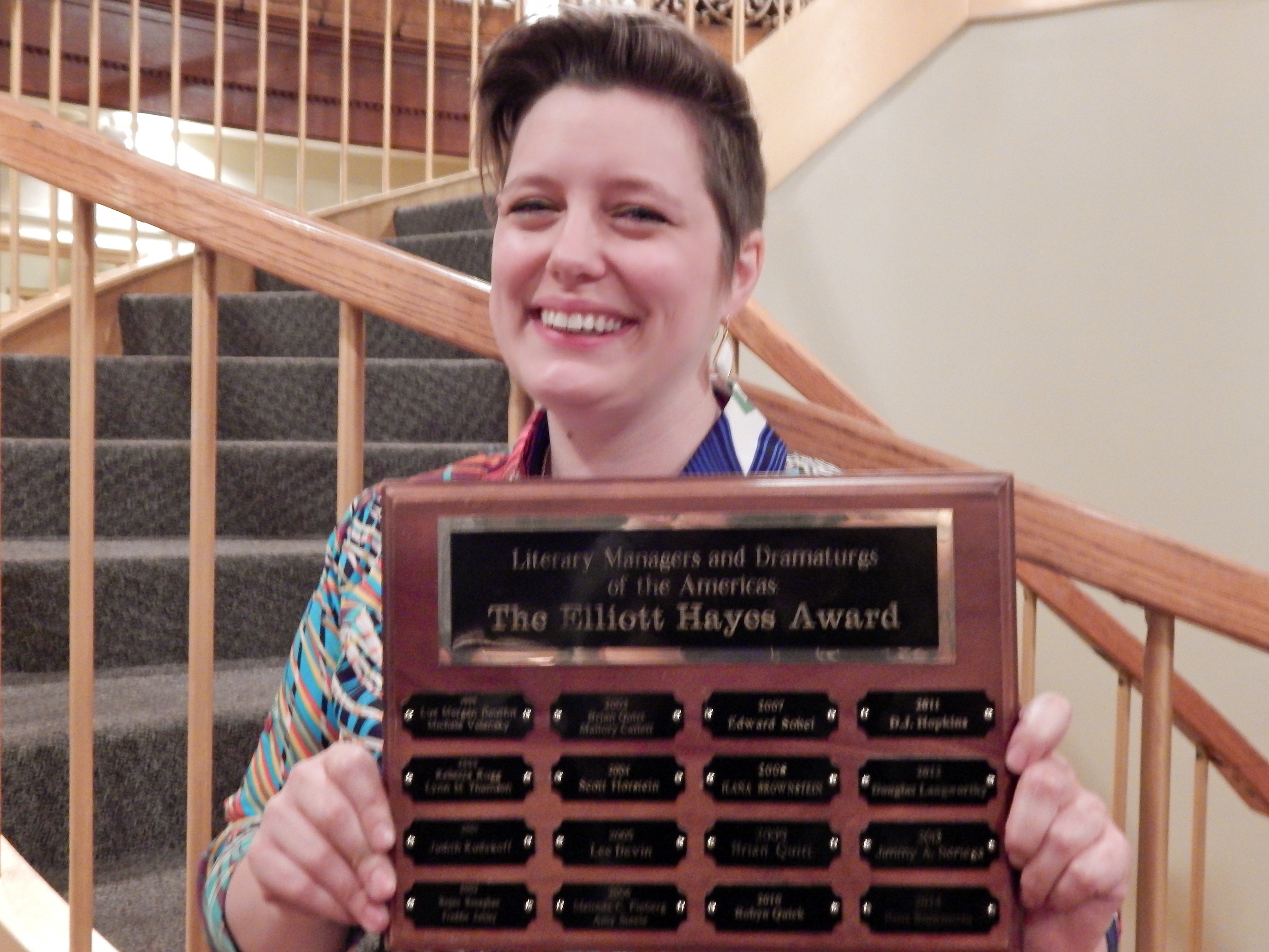 At their 2014 Conference in Boston, MA, the Literary Managers and Dramaturgs of the Americas presented the Elliott Hayes Award for Outstanding Achievement in Dramaturgy to Ilana Brownstein for her advocacy work in dramaturgy, including her roles as Founding Dramaturg of Playwrights’ Commons, the Director of New Work and dramaturgy mentor at Company One Theatre and as a public advocate for justice and equality in the theatre. She is only the second two-time winner, and first received the honor in 2008 for her creation of the Huntington Playwriting Fellows program in Boston.

The LMDA Prize in Dramaturgy recognizes exemplary contributions by dramaturgs to the conception, development and production of theatre or to educational projects in dramaturgy. Brownstein, who is also a Lecturer at Boston University’s School of Theatre, has used her self-described  “soul-deep dedication to the dramaturg as an artist of impact” to create a lasting impact on the Boston and national theatre scene. Her work is wide-ranging, including the creation of an annual retreat for Boston playwrights, a commitment to mentoring and employing early career dramaturgs, engaging with Boston civic and artistic leaders in an effort to bring about social change and actively using social media to engage in national theatre conversations while raising the profile of dramaturgs. She speaks of her model as one built on "inclusion, intersectionality, empathy, advocacy, and action."

Brownstein’s work is heralded by theatre artists from around the county. In her letters of recommendation, she is described as:

“…well-known in the Boston Theatre community for championing local playwrights, advocating for theatre artists, and challenging the status quo. Anyone who knows Ilana, knows that she is a force – a savvy social-media activist and a skilled artist.” – Shawn LaCount, Artistic Director, Company One