At its 30th Anniversary Conference in New York City, NY, the Literary Managers and Dramaturgs of the Americas presented the Elliott Hayes Award for Outstanding Achievement in Dramaturgy to Nakissa C. Etemad.

The Elliott Hayes Award recognizes exemplary contributions by dramaturgs in the Americas to the conception, development and production of theatre or to educational projects in dramaturgy.  Etemad, who is a San Francisco-based freelance dramaturg, was honored for her innovative dramaturgical work on Marcus Gardley’s play the road weeps, the well runs dry.

Under the Lark Play Development Center’s Launching New Plays into the Repertoire (LNP) initiative, supported by the Mellon Foundation, Etemad worked with four theatres on the rolling world premiere of Gardley’s play. Etemad helped Perseverance Theatre, Pillsbury House Theatre, the Latino Theater Company of LATC, and the University of South Florida’s School of Theatre and Dance produce their largest, most challenging work to date as they stretched budgets, cast sizes and cultural diversity in casting, numbers of crew and artistic personnel, all to new limits. This nationwide LNP project is the only one of three in this pilot program to have a dramaturg, with the only constant artistic personnel in the four unique partner productions being Etemad and Gardley.

Along with her work on the development of the script, Etemad was enlisted by all four theatres to engage in extensive community outreach activities. She, along with Gardley, worked to create conversations on and around the play, provide artistic insight and historical context, and in many cases introduce the world of theatre and their respective fields to groups who had little exposure to their professions or the theatre industry.

Hayes Selection Committee Chair Stephen Colella says, “Nakissa’s work on this project excelled at meeting the five criteria of the Elliott Hayes Award–distinctiveness, contextualization, impact, ethics and significance.  Her contributions to this unique project helped to drive its success and demonstrate the possibility for alternative models of supporting and sharing new plays.  She went beyond traditional dramaturgical work to help produce this play in different venues and different communities, helping it to learn, change and grow as it launched across the United States.”

Playwright Marcus Gardley, who presented a speech to introduce Etemad, says: “My desire is to work on every show with her. She is a renaissance woman. I have learned so much about what dramaturgy can do for a play and a production from her. So much so that I am often telling playwrights about the importance and necessary value of this craft in our profession. This award is an excellent way to honor a theater artist whose passion and hard work has touched so many. She is truly a beacon of light.” 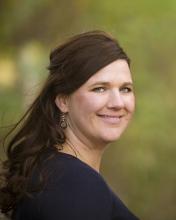