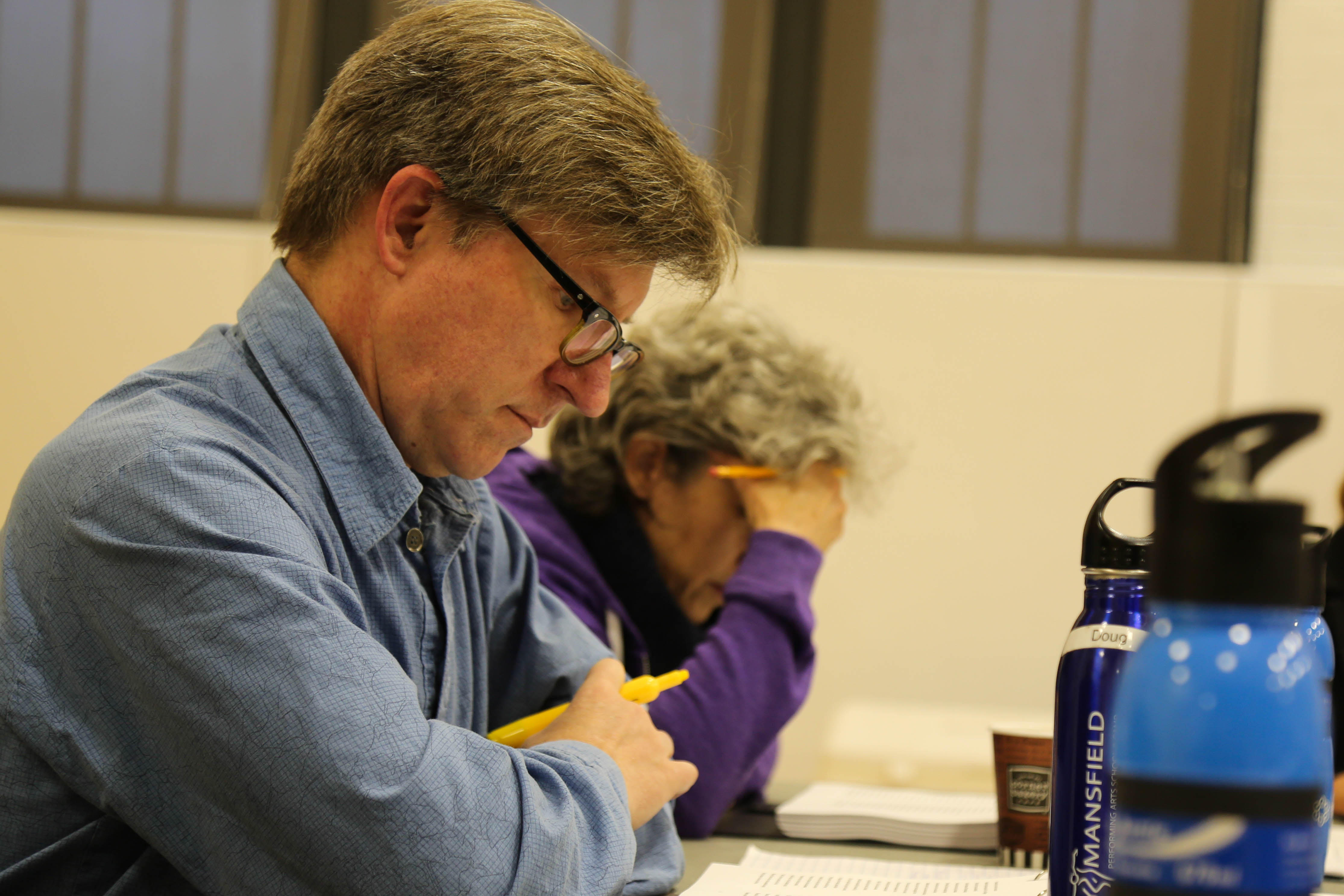 Chad Henry penned the article "The Quiet Passion of Doug Langworthy" for American Theatre on the occasion of Douglas's passing.

The following materials were shared by Douglas's longtime theatrical home, Denver Center for the Performing Arts:

Douglas was the recipient of LMDA's 2012 Elliott Hayes Award for Outstanding Achievement in Dramaturgy. Here is his acceptance speech, which he delivered at our 2012 conference in Atlanta and was then published in our next issue of Review. In it, he describes his partnerhips with Women's Global Empowerment Fund. WGEF Founder Karen Sugar wrote one of Doug's recommendations for the Hayes Award, which you can read here.

And here are some remembrances from colleagues:

"Doug was a champion of new work, a hero to playwrights, and an inspiration to dramaturgs and translators. As the first full-time dramaturg at the Oregon Shakespeare Festival, he created a solid foundation for a Literary Department many LMDA members were lucky to inherit. He touched so many lives through his art and humanity, and the countless gifts he gave to the world fueled great creativity and imagination. May he always be loved and remembered."

"I’ve always loved working [at DCPA], attending the summit, and especially because of Doug – he was such a kind, gentle, and thoughtful collaborator, who had such a respect for his colleagues/friends in the field.  He helped make it an artistic home for everyone who came into their house. I had such reverence for Doug’s incredible abilities as a translator and dramaturg and administrator, which is such a rarity to be a person to have a command of these abilities. Who translates, too?:) "

"He loved the curly fries at Arby's. When he first came to Ashland to work for the Oregon Shakespeare Festival in the mid-1990s, there weren't that many fast-food options in town. But he had scoped out the Arby's in Medford early on, and there wasn't a trip into Medford that didn't include going through the drive-through. To this day, I can't drive past an Arby's without thinking of him.

Director Michael Barakiva reminded me yesterday of his dramaturgical philosophy: "I never saw a cut that i didn't like." He was RUTHLESS with scripts, especially his own. He continued to whittle away on his HENRY VI translations. I had to intervene several times to tell him that he had amputated limbs, not just cut into the bone.

When Luan Schooler, Doug, and I were assigned as the production dramaturgs for the OSF/Berkeley Rep co-production of David Edgar's CONTINENTAL DIVIDE, we immediately came up with the aggregate noun: "aggravation of dramaturgs." Talk about how a name can lead to one's Fate! We proved to be an aggravation to both David and director Tony Taccone. I know we took great pride in that!

He always had the coolest glasses. Usually rectangular and made of some snappy metal like titanium or something. I also loved the spiky hair period too.

What I will miss the most, however, is that twinkle in his eye. Which was my signal that I could continue with my crazy scheme and that he would support it.  A gentle spirit who never sought attention for himself and always took the long view. Maybe that philosophy was from spending all that time with those classical German writers.

Everything I learned about how to be a dramaturg I learned from Doug. He had the degree in it, after all, and I took my cue from his steady and peripheral gaze in the rehearsal room. We used his table of contents when we generated actor packets. And boy did i grumble when we had to put up lobby displays. (Spray-mount glue, anyone?) He was a sharer. And he insisted that contextual material be shared with as many people as possible and in as many ways as possible. His presentation to the casts of the HENRY VI's last summer at Classic Stage in NY is quintessential Doug: funny, smart, generous, thoughtful, humble. I hope you enjoy the clip. And learn something too!"