At its 32nd Annual Conference in Berkeley, CA, the Literary Managers and Dramaturgs of the Americas presented the Elliott Hayes Award for Outstanding Achievement in Dramaturgy to Nandita Dinesh. The Elliott Hayes Award recognizes exemplary contributions by dramaturgs in the Americas to the conception, development and production of theatre or to educational projects in dramaturgy. Dinesh was honored for her dramaturgical work on Information for/from Outsiders: Chronicles from Kashmir.

Inspired by Griselda Gambaro's Information for Foreigners, Dinesh's work on this project began in 2013, as part of her doctoral work that investigated the use of theatre practice to engage across the ‘victim’/ 'perpetrator’ binary in the Kashmir Valley. Dinesh uses (auto) ethnography as a methodology with which to frame the play, using the characters of two Guides -- a Kashmiri and a non-Kashmiri -- to link otherwise fragmented scenes that occur in different spaces, as a Promenade Theater piece. Dinesh and the Ensemble Kashmir Theater Akademi are currently working on the first 24 hour manifestation of the performance for an audience of non-Kashmiris, in Maharashtra (western India). Images from this project can be seen here.

Nandita Dinesh holds a PhD in Drama from the

University of Cape Town in South Africa and an MA in Performance Studies from the Tisch School of the Arts at New York University. Focused on the role that theatre can play during and after violent conflict, Dinesh has conducted community-based theatre projects in India, Mexico, Costa Rica, Guatemala, Rwanda, Uganda, Kenya, and Zimbabwe. She currently teaches Theatre Arts, in addition to serving as the Head of Arts and the Associate Director of the Bartos Institute for Constructive Engagement of Conflict, at the United World College in Montezuma, New Mexico (USA). Dinesh's books include Theatre & War: Notes from the Field, Memos from a Theatre Lab: Exploring What Immersive Theatre 'Does', and the forthcoming Scripting Detention: A Project in Theater and Autoethnography with Incarcerated Teens.

Nanako Nakajima, From Archivists to Users: The Dramaturgy of the DAB Project -- in which seven contemporary dance makers Japan archive their seminal works not for conservation but for having them performed. Their Archive Boxes were transported to seven artists from the Asia-Pacific region for creating their own responses. The team included Ong Keng Sen as project initiator, dramaturg Nakajima as well as the two dramaturgs Daisuke Muto (Tokyo phase) and Margie Medlin (Singapore phase), Chie Ito, Ikuyo Kuroda, Tsuyoshi Shirai, Yukio Suzuki, Natsuko Tezuka, Zan Yamashita, and Mikuni Yanaihara as archivists, and Preethi Athreya, Padmini Chettur, Chankethya Chey, Margie Medlin, Rani Nair, Venuri Perera and Mandeep Raikhy as users. While this project was planned to end after it was handed from Tokyo to Singapore, Nakajima inherited the project as user of the project itself and continued circulating presentations in Japan, inviting previous and new users such as Navtej Johar and Oohisui Hanayagi.

Nanako Nakajima was born and raised in Tokyo. She is a certified traditional Japanese dance master, Kannae Fujima. After she received her Ph.D. at Free University Berlin, she was appointed to be a Postdoctoral Research Fellow of the Japan Society for the Promotion of Science and fellow of international research center »Interweaving Performance Cultures« Free University Berlin. Currently she teaches at Free University Berlin and several universities in Japan. She has received research grants from Ministry of Education, Culture, Sports, Science and Technology for her project titled “Dance dramaturgy on the topic of Aging” in co-operation with the Interdisciplinary Research Center for Performing Arts, Kyoto University of Art and Design. (2014-2018)

She co-curated and organized international dance symposia entitled "The Aging Body in Dance" in Berlin (2012) and in Tokyo (2014). She curated a screening program “Dancing Multiple Futures,” The Yebisu International Festival for Art & Alternative Visions 2017, Tokyo Photographic Museum. Currently she prepares for the performative exhibition on Yvonne Rainer at Shunju-za Kabuki Theater, in October 2017.

Reassembled, Slightly Askew  is a unique sonic installation inspired by the true life story of writer Shannon Yee and her experience of falling critically ill with a rare brain infection and the journey of her rehabilitation with an acquired brain injury. This experimental piece was created over a period of 5 years in collaboration with director Anna Newell, dramaturg Hanna Slattne, choreographer Stevie Prickett, and sonic artist Paul Stapleton and Shannon's medical team. The project was funded by the Wellcome Trust and the Arts & Disability Forum.

Audience members experience Reassembled... individually, listening to the audio via headphones, while lying on a hospital bed. The audio technology makes the sound three-dimensional, causing listeners to feel they are inside Shannon’s head, viscerally experiencing her descent into coma, brain surgeries, early days in the hospital, and re-integration into the world with a hidden disability.

Reassembled… has won many awards and continues to tour internationally to venues, hospitals and medical conferences.  http://reassembled.co.uk

“A real-life ordeal, captured by a daring, disorientating artistic collaboration, which works brilliantly on so many levels" ***** -- The Stage on REASSEMBLED, SLIGHTLY ASKEW

"beautifully put together" **** --The Guardian on REASSEMBLED, SLIGHTLY ASKEW

"a quietly devastating example of uncategorisable art at its best" **** -- Time Out London on REASSEMBLED, SLIGHTLY ASKEW 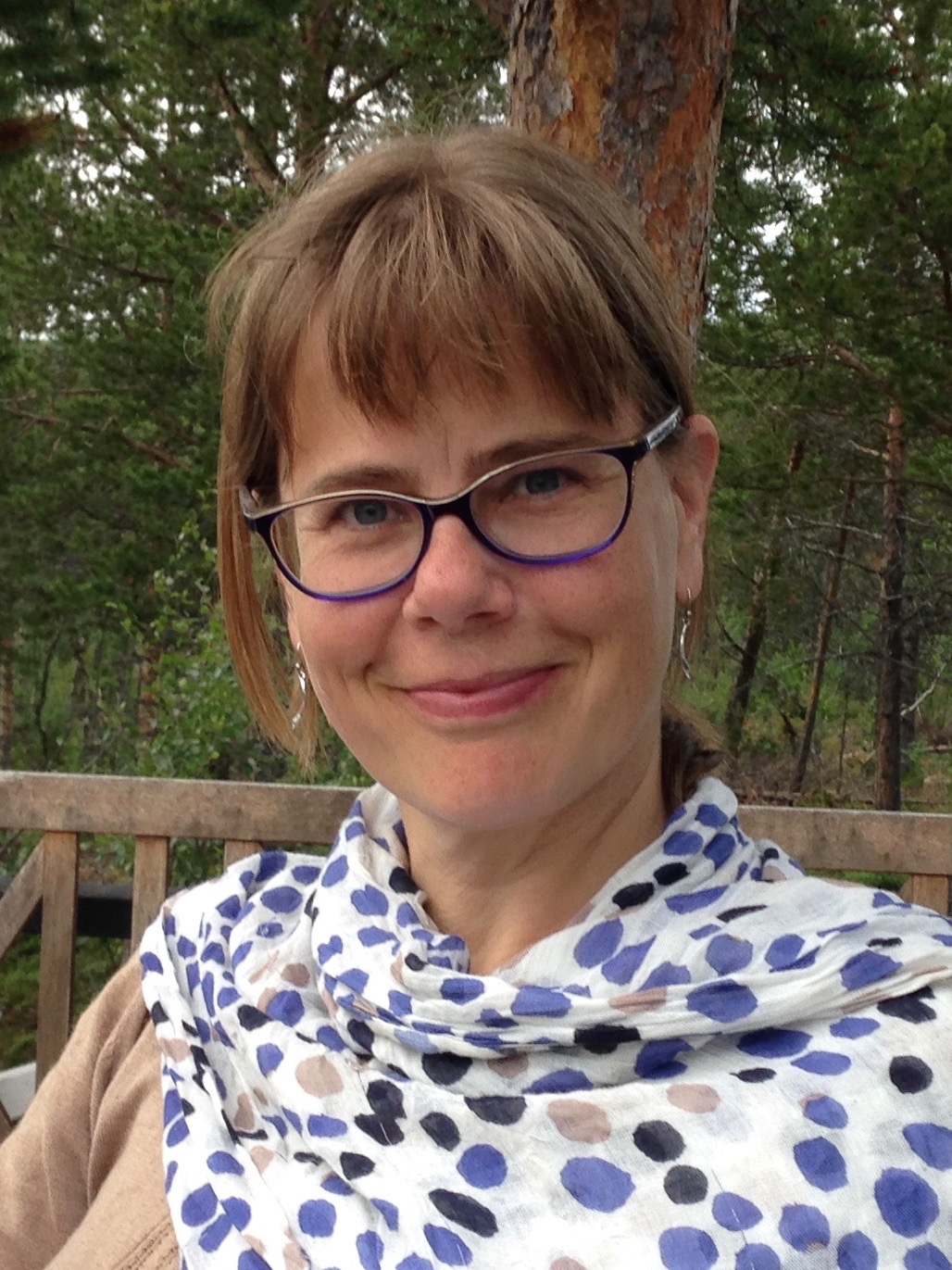 Hanna Slättne is a Dramaturg, Theatre maker and Facilitator working across the UK and Ireland for over 20 years. In 2016 she received the Kenneth Tynan Award for Excellence in Dramaturgy for her work developing new writing across Northern Ireland during the 13 years working for Tinderbox Theatre Company where she ran the dramaturgy strand of the companies activities working with writers under commission, production dramaturgy and artists development programmes and collaborating on the companies participatory programme.

She specialises in new work, new writing and cross art form collaboration and has extensive experience in mentoring and in facilitating development processes for artists and their ideas. Projects she has worked on have won a string of nominations and awards: Meyer Whitworth Award, Wyndham Campbell Prize, Stewart Parker Awards, The Irish Times Theatre Awards and others.

Together with Jo Mangan (Performance Corporation) she devised and delivers the Space Programme an interdisciplinary arts residency focusing on collaboration and artistic processes since its inception in 2008. The programme is run bi-annually in Ireland.

She has worked with most of the leading Northern Irish theatre companies as part of the Joint Sectoral Dramaturgy Initiative 2005- 2015. She instigated, programmed and was force behind the celebrated Pick n Mix Festival (2007 -2014)

She has been working closely with other agencies such as the BBC and Northern Ireland Screen to provide skills training and opportunitites for writers. Most notably running the annual 360°Scriptwriting Festival with BBC NI Drama 2009 to 2015.

Hanna is currently researching a new area of sensory dramaturgy with artists experiencing sensory impairment and projects focusing on narrative techniques and neuroplasticity.