At its 33rd Annual Conference in Toronto, LMDA presented the 2018 Dramaturgy Driven Grant to Kate Langsdorf.

The Dramaturgy Driven Grant awards $1000 annually to support a plan hatched by a dramaturg.

Langsdorf has proposed a project called "The Context" — A Podcast for the Dramaturgy of Everything Awesome.

“The Context” is the first podcast dedicated to exploring dramaturgical practices. Wherever there’s a relationship between an creator and an audience, there’s a space for the artistry of the dramaturg. “The Context” will examine these relationships, with their unique challenges, opportunities, quirkiness, and general awesomeness, whether they arise from the production of a play, the historical interpretation of a house museum, the design of a theme park, the narrative creation of a video game, the publication of a comic book, or the booking of a pro-wrestling show. This podcast is for anyone interested in world-building for audiences.

Says Langsdorf: "Though dramaturgy is a theatrical discipline, the dramaturgical practices of world-building and creating context for an audience are used in exciting ways through an array of fields. In fact, even within mainstream theatre, dramaturgical practice manifests in drastically different ways. Innovative projects and practices emerge from all corners of the staff, artists, volunteers and community, often without anyone knowing what dramaturgy is or that they’re doing a fantastic job of it." 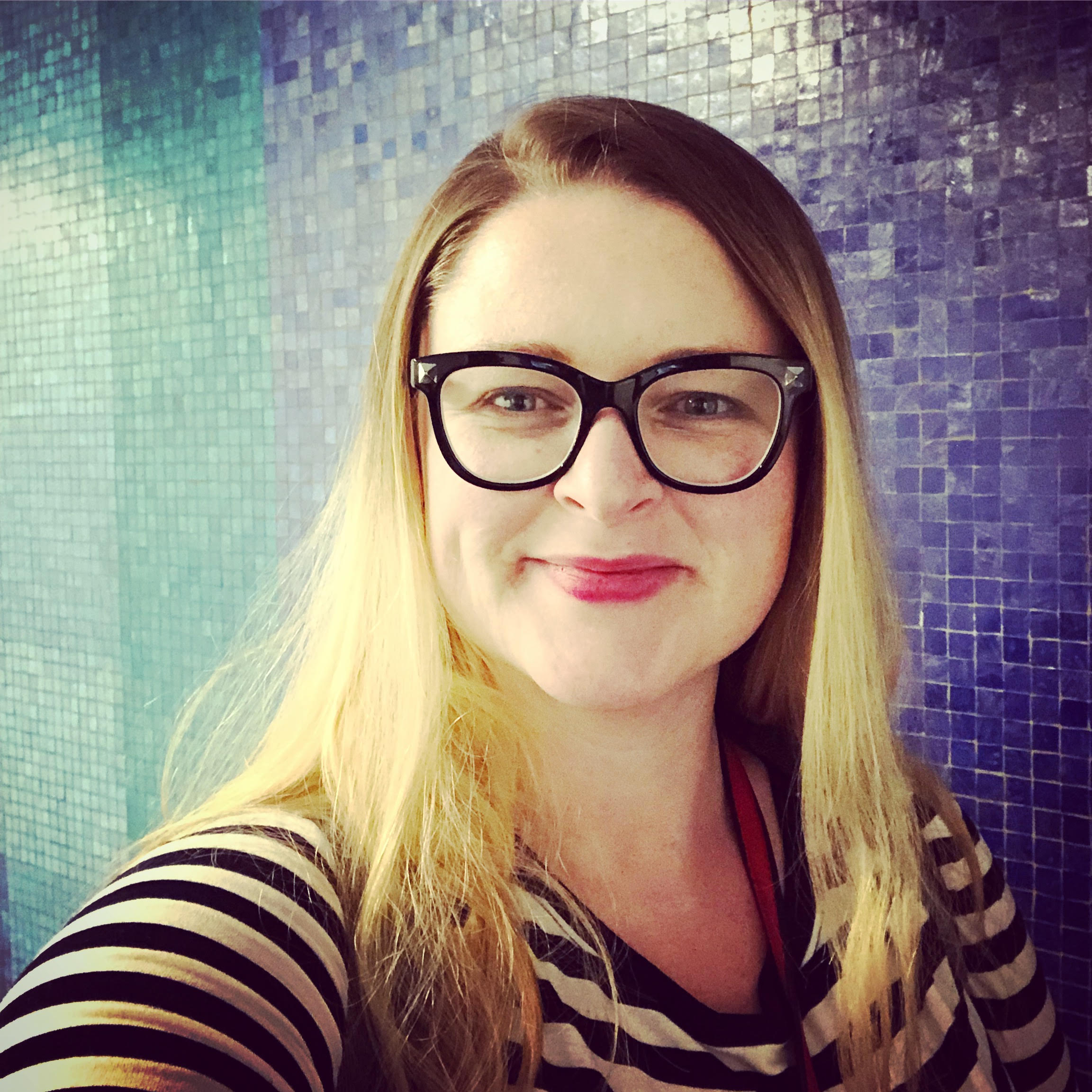 Kate Langsdorf is a comedy writer, editor, and dramaturg. She is a Helen Hayes Award-nominated playwright whose work has appeared Off Broadway and across the U.S. She holds a B.A. in Theatre Directing and Performance from Cal State Long Beach and an M.F.A. in Creative Writing from Full Sail University. You may recognize her as the lady gently nagging you to renew your Literary Managers and Dramaturgs of the Americas membership.

She can currently be found running the tech booth at The Upright Citizens Brigade Los Angeles and managing various internet things. She’s an At-Large Ambassador for National New Play Network and has most recently worked with Ford’s Theatre, dog & pony dc, and Young Playwrights’ Theater. You can learn more about her writing and dramaturgy at katelangsdorf.com.

As VP of Membership, Kate aims to strengthen the relationships within our dramaturgy community and to make your LMDA membership too good to pass up. As an L.A.-based ‘turg, she’s especially interested in strengthening the organization’s bonds with dramaturgs working outside of the traditional theatre environment, including those working in film, broadcast, VR/AR, gaming, museums, publishing, and pro-wrestling. You heard me. Hit us up, WWE. We can do good work together.